Many people are talking about the benefits of STEM education, but what is STEM and why is it important?

STEM is the acronym for the subjects of science, technology, engineering, and math. To many, they form the basis for 21st century skills needed to be successful in the evolving jobs of the future.

But if you ask many students “What is STEM?” you may hear that STEM is the group of subjects that are boring, tedious, and lacking real-world applications. Science and math have always been a major part of the high school curriculum, but many students have disengaged from these subjects because they don’t see that they have any relevance to the real world or students’ daily lives. For them, math and science have become a set of rules, procedures, laws, theorems, and formulas to memorize. Some students even develop math anxiety and think they are incapable of learning higher-level mathematics.

Technology and engineering courses are beginning to have more of a presence in high schools, but many students feel that those types of classes are not for them. Some students are influenced by gender or racial biases which say that female and minority students are less capable in STEM subjects. Other students think these courses are only intended for advanced students or those who plan to pursue careers as computer scientists or engineers.

Why is STEM important?

As the U.S. economy changes, the demand for STEM-capable workers is growing. In May of 2014, the U.S. Bureau of Labor Statistics counted more than 8.3 million STEM jobs, which accounted for 6.2 percent of total employment in the United States. That number is expected to continue to increase as U.S. companies grow and innovate to compete in the global economy. According to the U.S. Department of Labor, the average salary for all STEM jobs is $85,570, which is almost double the average salary for all jobs. 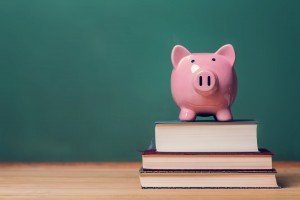 Many people still envision STEM professionals as wearing a white lab coat and conducting research in a laboratory. In reality, some of the most in-demand STEM fields are petroleum engineering, process engineering, and computer engineering. These fields – which are currently experiencing shortages of qualified candidates – are also among the highest paying, with the average petroleum engineer earning an annual salary of $147,520 in May 2014 according to the U.S. Bureau of Labor Statistics.

In addition, STEM subjects teach students valuable skills that are vital for success in all careers, even those that do not directly require STEM knowledge. Engagement in STEM subjects helps students develop problem-solving, critical thinking, and leadership skills. These skills are so universal, in fact, that statistics released in the summer of 2013 by the U.S. Census Bureau indicated that about three-quarters of the people with a bachelor’s degree in STEM fields are not working in those professions. Many non-STEM employers are poaching STEM-qualified job candidates because they are more creative and collaborative than their non-STEM counterparts.

As the global economy continues to evolve, the need for STEM-capable workers will continue to grow. By getting teachers, parents, and students involved in the STEM movement, a new generation of skilled workers will be poised to energize and expand this exciting field. Hopefully the next time someone asks “What is STEM?” the universal answer will be that STEM is the path to a job that lets you do what you love.

Check out even more benefits of a STEM education to see why STEM subjects are worth your time.

Looking for a job that lets you do what you love? Take a look at these awesome jobs you can get in the ocean field and these amazing engineering jobs that let your office be the great outdoors.