Are you a gamer? Although many parents seek to steer their children’s interest away from this form of entertainment, science has found that playing video games makes you smarter.

Despite their bad reputation for being a waste of time, video games of all types can actually help train your brain in some pretty amazing ways. Find out how slaying zombies or solving puzzles on a screen an actually help you make the grade at school. Then explain to your parents all the ways that playing video games makes you smarter so they’ll invest in this great learning tool!

1. Action Video Games Teach You How to Learn

Yes, you read that correctly.

It sounds odd, but a study found that people who played action games like “Call of Duty” showed greater capacity to learn than those who played non-action games. When the study’s participants were tested again a year after the initial experiment, the skills they had learned were still with them.

“Prior research by our group and others has shown that action gamers excel at many tasks. In this new study, we show they excel because they are better learners,” said Daphne Bavelier, a research professor in brain and cognitive sciences at the University of Rochester. “And they become better learners by playing the fast-paced action games.” 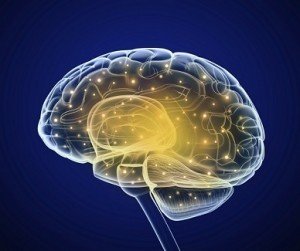 When you’re used to dodging threats on screen, your quick thinking skills can translate to real life. Another study by Bavelier found that people who played action-based video games made decisions faster – with just as much accuracy.

“Action game players make more correct decisions per unit time. If you are a surgeon or you are in the middle of a battlefield, that can make all the difference,” Bavelier said of the study.

It’s true – driving around a virtual car in a video game can make you smarter.

In one study, adults between the ages of 60 and 85 played a game called NeuroRacer for 12 hours over a month. According to The New York Times, they showed improvement in multitasking, retained more information in a short period of time, and had stronger attention skills six months after playing the game. In fact, their brains were showing patterns of people in their 20s! 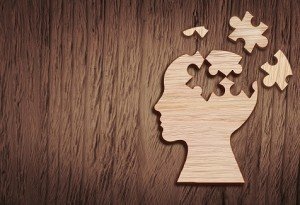 One study found that playing video games actually causes changes in your brain.

Scientists had 23 adults play Super Mario 64 on a Nintendo XXL console over a period of two months for 30 minutes a day while a control group did not play video games.

“The video gaming group showed increases of gray matter in the right hippocampus, right prefrontal cortex and the cerebellum, measured using MRI,” the study found. “These brain regions are involved in functions such as spatial navigation, memory formation, strategic planning, and fine motor skills of the hands.”

Researchers in Britain found that video games that depend on strategy, such as “Starcraft” and “Civilization,” can increase a person’s brain flexibility, which the scientists described as “a cornerstone of human intelligence.”

Participants assigned to play “Starcraft” rather than a life-simulation game experienced gains in their performance on psychological tests. They also completed cognitive flexibility tasks with greater speed and accuracy.

These and other studies prove it: Playing video games makes you smarter in a lot of different ways. As if that wasn’t cool enough, you can even get paid to make video games. Not only do several colleges offer majors in gaming, but there will always be a need to create the coolest new game with the best graphics, most sophisticated code, and creative challenges. Who knows? You could come up with the next blockbuster hit!