Sally Ride, a physicist and astronaut who made history as the first American woman in space, serves as a great role model for girls interested in pursuing a STEM career.

Even though men still outnumber in women in STEM careers, there’s a lot more encouragement and support for girls to pursue their interest in science and math fields than ever before thanks to people like Sally Ride. While most of us at least recognize her name, what do we really know about Sally Ride and what she did to break gender barriers in NASA and beyond? May 26, Sally’s birth date, is celebrated as Sally Ride Day. Let’s honor her memory by learning a little more about this incredible STEM role model.

Her Path to Space

Sally Ride’s interest in science led her to attend esteemed colleges. She studied at Swarthmore College for three semesters before taking physics courses at the University of California, Los Angeles. Her junior year, she entered Stanford University and graduated with a degree in English and physics. She continued her education at Stanford, where she earned a master’s degree and a doctorate in physics.

A Career Among the Stars

When NASA ran an ad for applicants to the space program, Sally Ride was one of about 8,000 people to apply. She was asked to join NASA in 1978 and completed her training as a mission specialist. 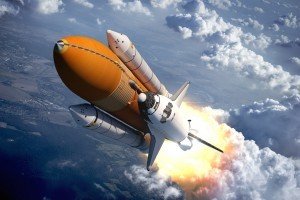 She worked as the ground-based capsule communicator for the second and third space shuttle flights (STS-2 and STS-3) and helped develop the space shuttle’s “Canadarm” robot arm. In 1983, she was ready for flight. However, the media was focused solely on Ride’s gender.

During a press conference before her first space flight, Sally Ride was subjected to numerous questions about being a woman such as, “Will the flight affect your reproductive organs?” and “Do you weep when things go wrong on the job?” Ride handled the situation with class and humor, responding, “How come nobody ever asks Rick those questions?” to one journalist.

In a second space flight a year later also on board the Challenger, Sally Ride spent a total of more than 343 hours in space.

Life Back on Earth

Sally Ride was scheduled for a third space flight when the Challenger disaster occurred in 1986, killing the seven crew members during take-off. She was named to the committee that investigated the tragedy and researched why it happened. She later moved to NASA headquarters in Washington, D.C., where she led NASA’s first strategic planning effort and founded NASA’s Office of Exploration.

Sally Ride left NASA in 1987, but her important contributions to the science world continued. She became a professor of physics at the University of California, San Diego, and director of the California Space Institute. She led two programs for NASA — the ISS EarthKAM and GRAIL MoonKAM projects and authored seven books on space aimed to encourage children’s interest in science. She was also the president of Sally Ride Science, a company that creates fun science programs and publications for upper elementary and middle school students, especially girls.

Sally Ride died in July 2012 from pancreatic cancer at the age of 61.

NASA wants more women to join their ranks. And what are you waiting for? You could be the next Sally Ride.