Most people don’t typically think of architecture as a radical career choice, but some of the structures built by extreme architects couldn’t be described any other way.

In order to achieve new heights, it’s necessary for architecture to have a solid grounding in math and engineering reality.

What Do Extreme Architects Do?

Extreme architects might design buildings to withstand natural disasters or Arctic winters, or just to be more ecologically friendly than ever before. Architects have even partnered with the NASA’s Jet Propulsion Laboratory to design a modular structure for the lunar south pole.

Architects learn from the studying the world around them, sometimes finding ideas in unlikely places. Architect Eugene Tssui, for instance, designed a San Francisco house meant to withstand earthquakes by studying the tardigrade, a micro-animal known for being almost indestructible. After looking at the tardigrade, Tssui chose a curved design to protect against wind and round windows that are 200 times stronger than a regular rectangular window.

Firms like M-Rad rely on social and environmental knowledge to create unique structures. Some of the extreme architecture designs listed on their web page include a structure made of 3-D printed materials and an amusement park powered by renewable energy.

How Do You Become an Extreme Architect? 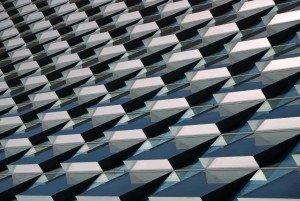 Becoming an architect takes a great deal of time and dedication. Extreme architects don’t just study design; they also have to have an in-depth understanding of construction and engineering. Becoming an architect is a three-step process that can be roughly be broken down as follows:

Extreme architects especially require advanced skills in STEM-related fields to make their designs a reality. In 34 states, practicing architects are required to hold a degree from a school accredited by the National Architectural Accrediting Board. University of Texas, San Antonio, Morgan State University, and Norwich University are just a few schools that fit the criteria.

What Do Extreme Architects Earn?

According to the Bureau of Labor Statistics, general architects made a median salary of $76,100 in 2015. Architecture isn’t an easy field to break into, and most extreme architecture projects are headed by highly experienced professionals. If you have a technical mind and like to think outside of the box, however, this might be the career for you.

STEM subjects and design work coincide more than you might think. Find out more about how race cars are designed here.